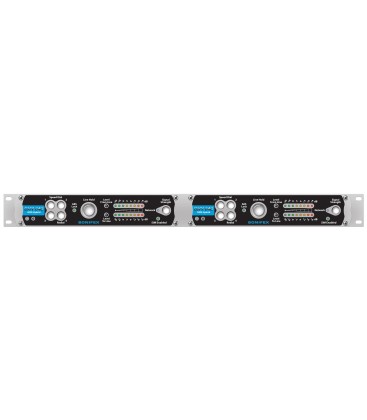 A new addition to the DHY-04 range is the ability for the DHY-04GT, a 1U rackmount twin telephone hybrid version, to be used on a GSM cellular (mobile) phone network instead of a telephone (POS) line. The DHY-04G can accept a SIM card in the rear panel slot and by connecting a suitable GSM antenna, the DHY-04G can receive and make high quality broadcast calls over the cellular network, converting the GSM call to the 4 wire audio signal to and from a connected mixing console. The GSM module used in the DHY-04G is quad-band GSM, so it can take and make calls on any 2G network.

Ideal for studios in remote locations, for OB vans and trucks on the move, and in emergency situations where a telephone landline can’t be guaranteed, the DHY-04G offers outstanding performance.

The DHY-04GT has all features of the DHY-04 (read cellphone/mobile features instead of telephony features in the listed bullet point specification) together with some additional front panel indicators. There are two LEDs, one for SIM enabled and one for GSM Network availability. Additionally there is a push button which allows the GSM signal level to be displayed on the meter LEDs.﻿