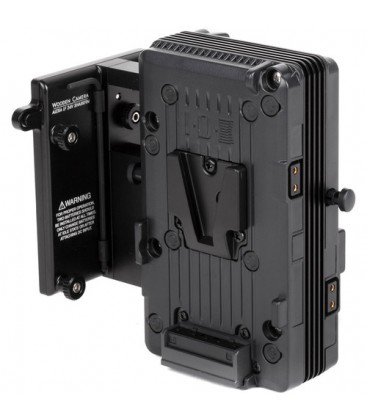 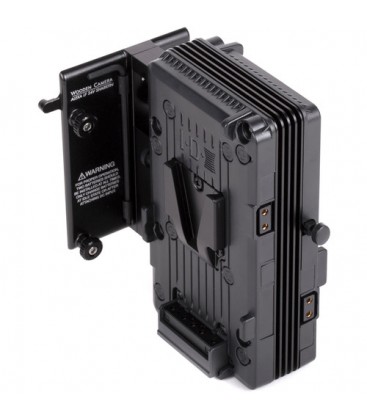 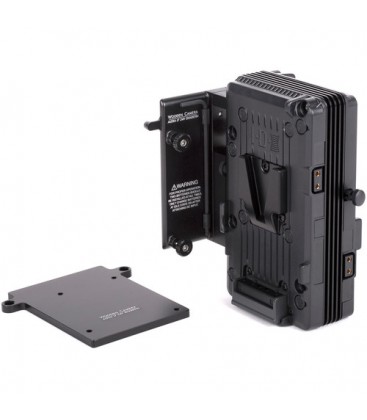 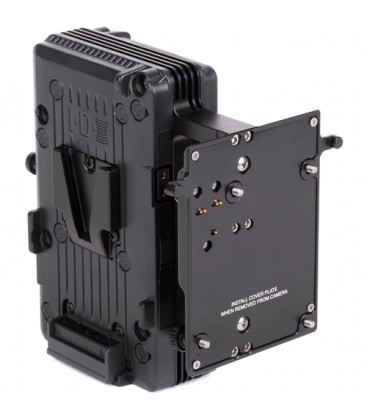 ARRI Alexa LF 24V Sharkfin Battery Bracket (V-Mount).
ARRI Alexa LF 24V Sharkfin Battery Bracket (V-Mount).
1006225
GARANTIE 12 MOIS
En savoir plus
Arri Alexa LF 24V Sharkfin Battery Bracket (V-Mount)
ARRI Alexa LF 24V Sharkfin Battery Bracket (V-Mount) allows for two standard voltage V-Mount batteries to power the Alexa LF, which requires 24V. Key features include hot swapping capability between batteries and the DC input, 4x D-Tap connectors that remain powered with at least one battery installed, percentage information transmitted to the camera when smart batteries are used, knobs for tool-less installation with a hidden allen wrench for additional tightening, and a protective cover plate for when battery bracket is not in use.
Hot Swapping and Normal Operation:
Since the Alexa LF requires high current for normal operation, two batteries capable of 10A sustained draw should be installed at all times. At camera idle, when no lens motors are moving, batteries can be swapped one at a time while the camera and accessories remain powered. It is also possible to hot swap between block battery and onboard batteries.
4x D-Tap Accessory Power:
2x D-Taps are available on each power plate in various positions. All D-Taps remain powered even when a single battery is installed. Note that D-Taps will not function when only powering the camera from a block battery while no onboard batteries are installed.
Percentage Display in Camera:
The Sharkfin module will read SMBUS and reverse SMBUS batteries, combine the data, and provide a summarized information stream to the camera. This data is displayed in the UI on the side of the camera body, LCD, EVF, etc.
Tool-less Installation and Protective Cover:
The system has four M3 thumbscrews and two locating points which attach directly to the back of the camera. The allen wrench can be used to complete the installation and stored neatly on the plate for future use. The included cover plate is great for protecting the pogo pins during transit. Please note that voltage will be present on the pogo pins when a battery is installed so do not attach a battery if the bracket is not installed on the camera.
Specifications:
- Weight: 907 g (2.0 lbs)
- Dimensions: 140 x 146 x 95.3 mm ( 5.5 x 5.75 x 3.75 in)
Accessoires