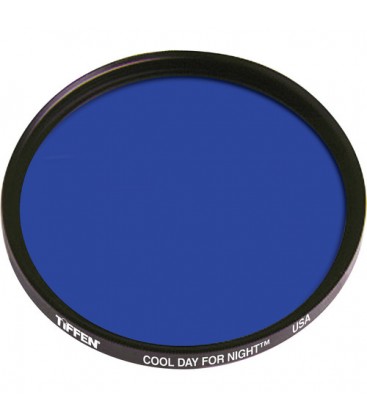 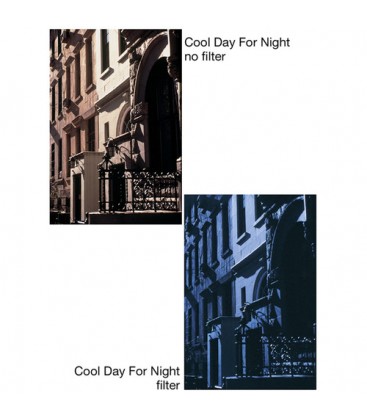 The Tiffen 82mm Cool Day for Night Filter is a daytime color effect filter that is designed to simulate the appearance of having photographed or filmed under moonlight. This filter utilizes a blue color to create its effect, based on the perception that moonlight is cool in contrast to daylight. To further enhance the realism of its results, this Cool Day for Night Filter also lowers contrast in order to diminish the appearance of fine details that would be more difficult to perceive due to the reduced light levels present at night.
This filter is made using ColorCore technology, a process that involves laminating the filter substrate between 2 pieces of optical glass, grinding flat to a tolerance of 1/10,000th of an inch, and then mounting to precision metal rings.
- Daytime color effect filter utilizes a blue color and lowers contrast to simulate the appearance of having photographed or filmed under moonlight.
- 2.5x filter factor creates a 1.3x reduction in exposure.
- Maintains realistic flesh tones relative to filter effect.
- 82mm front filter threads allow for use with other filters.
- Plastic filter case for storage and transport.