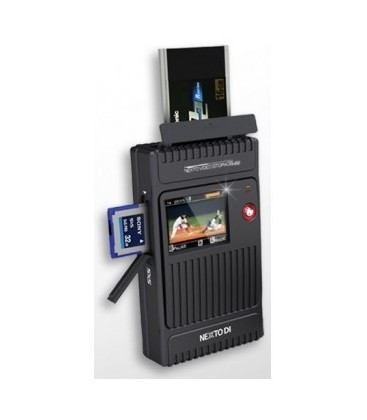 It allows users to plug in a second USB3.0 hard drive to simultaneously writes onto internal and external hard drives at the same time for two identical copies without needing a laptop.

For reviewing footage as thumbnails or to preview video and audio clips to boost your confidence in data safety, the NVS-Air has an LCD screen and can preview XDCAM EX or many other formats including Convergent Design nanoFlash files, HDV and most Panasonic DVCPro, AVCHD, AVC-Intra files and Pro-res.