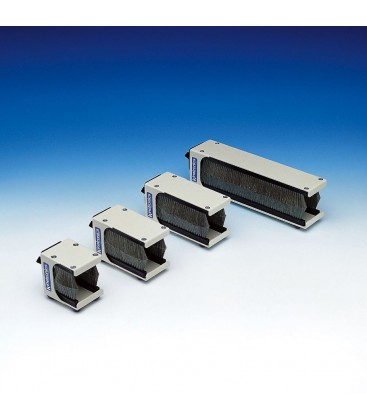 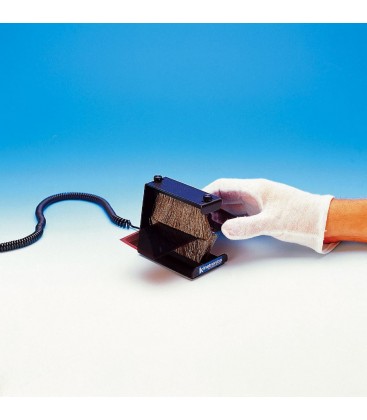 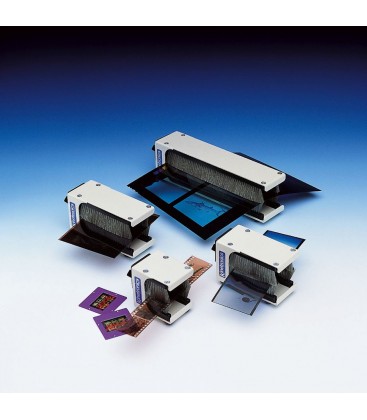 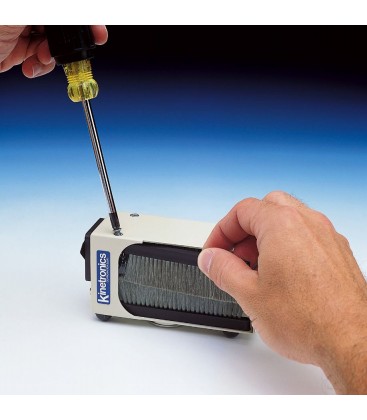 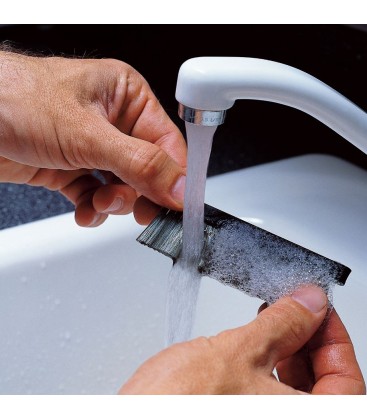 The anti-static film cleaner KineStat (KS) cleans the surfaces and undersides of films, negatives and slides in one cleaning process. Three brushes with conductive fibers conduct electrostatic charges through an earthing cable to discharge them, and also remove dust and lint. Stable steel frames for fixed mounting in dark rooms, on a minilab or a film projector. Four sizes available.
The anti-static film cleaner Kine Stat Electric (KSE) has four brushes with electric conducting fibers that clean the film from both sides, removing dust and unwanted electrostatic charges. Between the two wide brushes an electric ventilator blows the neutralized dust particles off the surface of the film. The air that is sucked in is cleaned by an exchangeable, very fine filter, so that no new dirt can get onto the film. Stable steel frame with magnetic holder. Dirty brushes can be washed. Four sizes available.
The film cleaner KSE 200 has a similar design to the KSE film cleaner, but it has a working width of 8“ (20 cm), and an electronic ionization system operated by six titan emitters. This equipment is designed for use in digital laboratories, for fine art photos and aerial photography.
NEED HELP ?