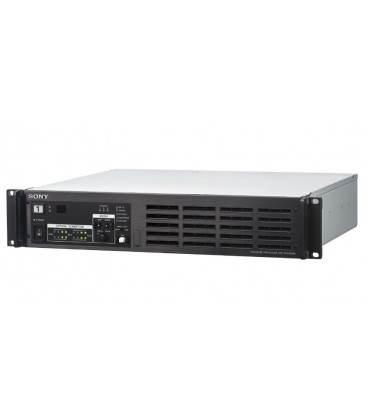 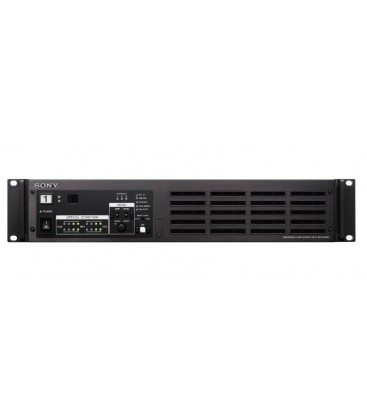 An ideal partner for the PWS-4500 4K/HD multi-port live server, the BPU-4500A baseband processor routes 4K/HD signals from camera systems such as the HDC-4300, allowing long-distance signal transmission using standard SMPTE fibre cables or a single mode fibre solution. If IP transmission is required, the BPU-4500A can easily be upgraded with a choice of optional boards according to the desired IP standard. Depending on production requirements, the BPU-4500A can be equipped with Sony’s Networked Media Interface by installing an optional SKC-IP45AF Networked Media Interface kit. It can also be made compliant with SMPTE ST 2110 standard by adding the optional SKC-4001 Interface kit. Two configurable output slots satisfy the needs of any production format, be it HD or 4K/UHD, SDR or HDR (S-LOG3 and HLG OETF), ITU-709R or BT2020 colour space.

The BPU-4500A can handle 12G-SDI signals as standard, allowing easy integration of 4K/UHD signals into an existing SDI infrastructure without any additional hardware costs. It can also connect to an HDCU-2000 Series or HDCU-3100 Series Camera Control Unit to form a 4K multi-camera system, supplying power to the camera and transferring various signals (intercom, tally, prompter, audio, etc). The BPU-4500A generates 4K and HD signals at a similar colour matrix to match to the current Sony HD camera system. Working with the HDCU-2000/2500 Camera Control Units permits the same system operation as the current HDC camera system, including Genlock, Return Video signal, Tally, Intercom and Sony RCPs/MSUs, which provides a future-proofed migration path for customers. A slo-mo output is available for 4K/UHD signals or HD-HFR signals (up to 8x speed in HD: 480p frames/sec).

The BPU-4500A is equipped with the IP interfaces as standard (three outputs with individual redundant outputs), enabling IP live production for 4K/HD in combination with the PWS-4500 4K/HD XAVC server. The processor can handle broadcast quality HD and 4K video, audio, synchronisation signals and control data across the IP network, which increases operational efficiency. While IP signals are output, SDI signals can be output simultaneously from the BPU-4500A for seamless integration with existing SDI infrastructures.

Depending on production requirements, the baseband processor can be fitted with a choice of optional output cards to support IP production using either NMI (Network Media Interface) or SMPTE ST 2110.

4K fibre transmission up to 2,000m as standard, with extension possible up to 5,000m

The 4K Live system works across standard SMPTE fibre cables for distances up to 2,000m. By using the single mode fibre solution – which consists of HDCE-100 extension adaptor for the camera, HKCU-SM100 extension adaptor for the camera control unit and a single mode fibre cable – a maximum distance of 5,000m between a camera and the BPU-4500A is achieved.

It is possible to cut out a Full HD image from the 4K picture in real-time, allowing, for example, for the camera to be in a fixed camera position and operator free giving a wide view of the action, an area of which can be selected by the director.